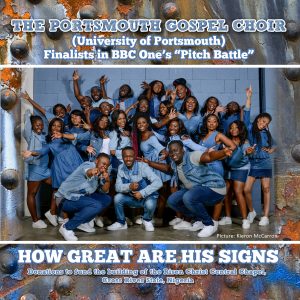 “How Great Are His Signs” EP featuring the Portsmouth Gospel Choir

I should be able to let you know more next week.