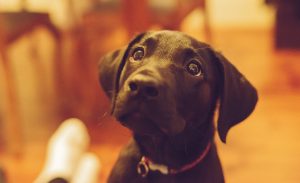 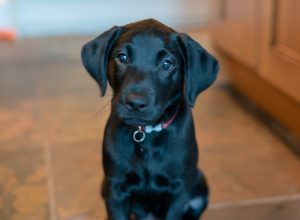 I Love You Lord (L. Klein) featuring the Portsmouth Gospel Choir from the EP “How Great Are His Signs” recorded and produced by Joffy Girling

I could not resist sharing this picture of our lovely dog Genna taken by our MD Joffy Girling when he was at our house a few weeks ago recording. Obviously his camera is a bit special !
I am not sure what the future holds for the full stage production of Risen! The Musical – it would be wonderful for the show to take place again but we will just have to wait and see. However, we are all ready to go for another school tour of Risen! The Musical Theatre in Education – just need £10k of funding!
The versions of Risen! The Musical on YouTube with subtitles in Mandarin, Spanish and Romanian are getting views – please visit www.risenthemusical.com but we really need some help in knowing how to guide more people towards viewing.
One project of Mustard Seed Songs, of which we know the direction, is the sequel to Risen! The Musical which keeps having its working title changed but which at present is ACTS – The Musical – Part One.
We have already had a number of singers record parts including Alex Knox (Luke) Oscar Batterham (Theophilus) Katie Forge (Mary Magdalene) Max Panks (Saul/Paul) Gemma Terry ( Rhonda) Tim Prestige (Matthias) Ron Long ( Simon the Sorcerer) and Chloe Brockenshire (Suzanna.) I am delighted to say that now Nicola Poustie, one of the original Mustard Seed Girls’ Choir and Mustard Seed Soul band members will be recording for us after Christmas. Nicola sang the part of Mary Magdalene for the Risen! CD and is singing the part of Tabitha for ACTS. We are also hoping that James Townend will be able to record the part of Philip. James sang the part of Thomas for the Risen! CD. In March we will be recording eight more members of the London Touring Cast for parts such as Stephen the first martyr, the Ethiopian official of Queen Candace, the crippled man who was healed at the Gate called Beautiful plus all the ensemble.
I thought you might like to see how the Show opens:
Luke: – Acts 1: 1- 11
Theophilus- Theophilus- – it is your humble servant Luke,
Theophilus:
Luke, my dear friend- it’s been too long – writer of such a wonderful book
Jesus crucified – then risen alive
For forty days appearing as hundreds testified
Theophilus and Luke
Ascended – ascended to heaven
Angels proclaiming He would return.
He would return it again
Luke:
Most excellent Theophilus may I be so bold
There is now so much more of the story to be told
The church has been born – I’ve witnessed it all
How the gospel has spread -allow me to recall

Quote of the week:
The issue with worry is that it does not change anything except you.
Every Day With Jesus