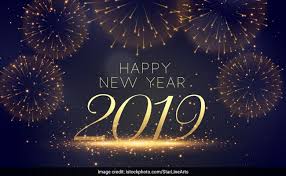 I read this a few weeks ago and thought I would share it as 2019 will add another year to all our ages and I know many, including myself, who might benefit from hearing what Author Norman Cousins said (and which was quoted in The Word for Today)

“No disease is more lethal than the boredom that follows retirement.” Here is a true story of a lady in her eighties who went to her doctor for a check-up. He asked her if she stayed active. She gave him a big smile and said “I jog about four or five miles every day”.” Surprised he told her she needed to be careful and not overdo it- “Take it easy” he suggested. She took his words to heart and decided to slow down. She reduced her jogs to slow walks and cut back to one or two days a week. Within a year she was dead. The doctor who had given her such advice told a friend “Never again will I tell a patient who is doing well to take it easy.”

The Bible is full of stories of people who lived on because they had something to live for. Remember Caleb? At eighty five he attacked the giants in the hill country, drove them out and became a land developer (see Joshua 14) And how about Noah. He began building the ark when he was five hundred years old and a hundred years later he helped start the world all over again.  Age means nothing unless you are cheese! And wrinkles, grey hair, and spots on your hands mean less than nothing. As long as God chooses to leave you on this earth, don’t just exist – live. Claim the promise- “You will come to the grave in full vigour” Keep dreaming. Accept new challenges. And don’t even think about taking it easy!

Faith does not exempt you from life’s storms – it equips you to go through them.