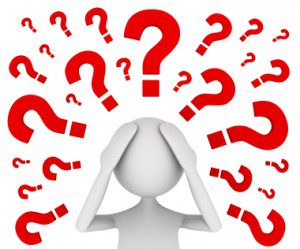 So here is the forth extract from Selwyn Hughes’ “Every Day With Jesus” – and from the edition -“Strong at the Broken Places.”

Selwyn is referring to the passage in the letter of James, Chapter 1: 5-8 “But when he asks he must believe and not doubt.”

When dealing with honest doubts another principle to apply is this: make a conscious decision to doubt your doubts and believe your beliefs. One of the key issues of the Christian life, as we have been seeing, depends on how prepared we are to exercise our wills in favour of God and His Word. To do this of course requires faith- faith in the fact that God has revealed Himself in His Son and through the Scriptures.

As a teenager I had many doubts about the Scriptures. But one night I made a conscious effort to accept them as the eternal and inerrant Word of God. Please notice I said “a conscious decision.” In other words I decided by an action of my will to doubt my doubts and believe my beliefs. Then I discovered an astonishing thing. Both doubt and faith are like muscles – the more you flex them the stronger they become.  Up until that time I had been using the muscles of doubt to a great degree, but unfortunately I had failed to exercise the muscles of faith. When I made up my mind to accept the truth of God’s Word by faith,  muscles I never thought I had began to function. Now many decades later those muscles have developed to such a degree that I find it easier to believe God than to doubt Him. I trace the beginnings of my spiritual development to that day, long ago when I decided to take what one theologian terms “the leap of faith.”

If it were not for hope the heart would break

Dr Thomas Fuller in The Word for Today