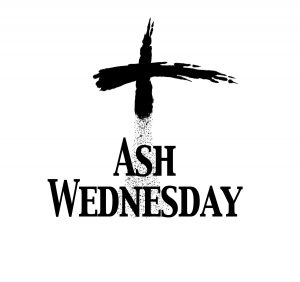 So yesterday was “Ash Wednesday” and Tuesday was “Shrove Tuesday,” often known as “Pancake Day”. I made some pancakes myself and they were pretty much a disaster being too thick, sticking to the pan and only tasting passable when smothered in sugar and lemon juice.

But what is the history of these two events and also Lent of which Ash Wednesday is the first day?

The expression Shrove Tuesday comes from the word shrive, meaning “absolve“.  It is the day in February or March immediately preceding  Ash Wednesday” which is the first day of Lent.
Shrove Tuesday is celebrated in some countries by consuming pancakes. In others, especially those where it is called Mardi Gras it is a carnival day.  Pancakes are associated with the day preceding Lent, because they are a way to use up rich foods such as eggs, milk, and sugar, before the fasting season of the 40 days of Lent. The liturgical fasting emphasizes eating simpler food, and refraining from food that would give undue pleasure: in many cultures, this means no meat, dairy products, or eggs.

Ash Wednesday derives its name from the placing of repentance ashes on the foreheads of participants to utter  the words “Repent, and believe in the Gospel” or “Remember that you are dust, and to dust you shall return”. The ashes may be prepared by burning palm leaves from the previous year’s Palm Sunday celebrations. Because it is the first day of Lent, many Christians, on Ash Wednesday often begin abstaining from a luxury that they will not partake of until Easter Sunday arrives.

Lent is traditionally described as lasting for 40 days, in commemoration of the 40 days Jesus spent fasting in the desert and, during which he endured temptation by Satan before beginning his public ministry, The history and beginnings of the observance of Lent aren’t clear. According to Britannica.com, Lent has likely been observed: “since apostolic times, though the practice was not formalized until the First Council of Nicaea in 325 CE.” Christian scholars note that Lent became more regularised after the legalization of Christianity in A.D. 313. St. Irenaeus, Pope St. Victor I, and St. Athanasius all seem to have written about Lent during their ministries. Most agree that by the end of the fourth century, the 40-day period of Easter preparation known as Lent existed, and that prayer and fasting constituted its primary spiritual exercises.

So there you have it – and so for me no more chocolate until April 21st!