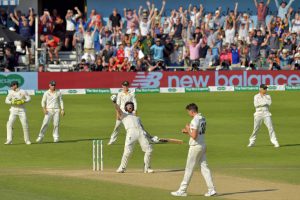 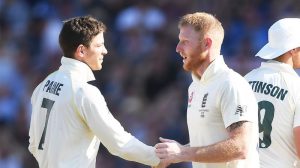 Last blog I mentioned Liv Cooke, the freestyle footballer who, in the face of adversity, turned a problem into an opportunity – due to injury she had to give up her career as a professional footballer but instead dedicated herself to becoming a world champion in free style football.
Wikipedia says this of the England cricketer Ben Stokes:
In September 2017, Stokes became involved in a street brawl near a nightclub with two men, at which teammate Alex Hales was also present. This incident led to these two players missing the fourth game of the series against West Indies, with a hand injury ruling Stokes out of the final game. Stokes was withdrawn from the England squad for the 2017–18 Ashes. A video also emerged on Snapchat of Stokes mimicking Katie Price’s disabled son shortly after being arrested in September 2017, for which Stokes later apologised on Twitter. He lost his apparel sponsorship with New Balance over these incidents.
Stokes was charged on 15 January 2018, along with the two other men, with affray. The trial started on 6 August 2018, which ruled him out of the second Test match against India. On 14 August he was acquitted.
In September 2018, Stokes was charged with bringing the game into disrepute by the England and Wales Cricket Board (ECB) over the affray incident. In December 2018, the Cricket Disciplinary Commission announced that Stokes would be fined £30,000, after he pleaded guilty to the charges. It was also decided that Stokes should be banned for eight matches, all of which had been served by the time the Commission issued its verdict.
WHAT A TURNAROUND FOR THE HERO OF THE RECENT THIRD ASHES TEST MATCH AGAINST AUSTRALIA – in which his innings is regarded as one of the best, if not the best ever played by an Englishman. The media is full of stories of his remarkable innings – Even the Australian press has been complimentary with Peter Lalor writing: “Forget Ian Botham’s efforts in 1981, forget Don Bradman and Arthur Morris’s in 1948 – Ben Stokes has single-handedly pulled off one of the most remarkable Ashes victories in a place where the remarkable happens.” He went on: “Stokes was incredible. Indomitable. Unbelievable.”

However what so impressed me is that this man, now a national sporting hero, was only a year or so ago in a very dark place. Again someone that in the face of adversity (albeit his own fault) turned his life around – but more of that next blog – today I wanted to finish by adding my congratulations not only to Ben Stokes but also to Jack Leach, who may only have scored one run, but who stayed in while Ben Stokes did all the hitting – if Jack Leach had been out then England would have lost the game and also the Ashes.

Even more important to mention was the sportsmanship of the Australian team who, after the final run was scored, all immediately went to Ben Stokes to offer their congratulations – all shaking his hand and some even giving him an embrace. Fair play – the Australian’s have not exactly had a great reputation for their sportsmanship but on this occasion they deserve every credit.