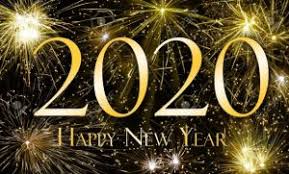 So here is some more information about St Barnabas (taken from an editorial in the Barnabas Aid Magazine.) Barnabas features in the Book of The Acts of the Apostles on which our next musical is based.
Barnabas had the wonderful gift of always thinking the best of others and seeing the best in them. He had the kind of love described in I Corinthians 13:5-7 and no doubt this is how he earnt his nickname (Barnabas means Son of Encouragement) He was the first in Jerusalem to believe that Saul the persecutor was truly converted (Acts 9: 26-27) and he acted on that belief, taking Saul to the apostles and commended him to them as his sponsor or guarantor. Later Barnabas sought out Saul and brought him to Antioch to minister alongside him to the new Christians there. He saw the potential of John Mark and championed him, determined to give him another opportunity after he failed (Acts 15: 35-41)
His reputation as an encourager and bridge builder is also seen when the Jewish Church in Jerusalem chose him to go to Antioch to minister to the believers there who included, not only Jews but also Gentiles. This might have caused some Jewish Christians to hold back but not Barnabas. “When he arrived and saw what the grace of God had done he was glad and encouraged them all to remain true to the Lord with all their hearts. (Acts 11-19-23)
It was not just Antioch where the “Son of Encouragement” cared tenderly for new believers. We see his pastoral heart, his desire to protect and strengthen in many other places for example Derbe (Acts 14:20-23)
He was bold and brave, repeatedly enduring hardship and persecution for the sake of the Gospel (for example Acts 13-50-51) He went on when John Mark gave up (Acts 13: 13-14) He spoke up for what he believed was right. His determination to restore John Mark was so great that he even fell out with Paul about it. He also confronted fellow Christians on the issue of Gentile believers (Acts 15: 1-12)
Next week I’ll share with you a song from Acts – The Musical in which Barnabas confronts Paul for not wishing to take John Mark on his second missionary journey
Quote of the week
God is more interested in our character than our comfort, so when we pray for lighter burdens He gives us stronger backs.
The Word for Today