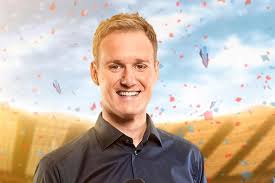 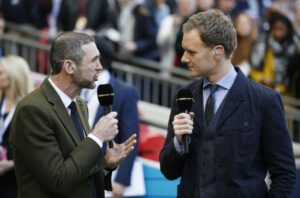 I have always liked the manner of the TV football host, Dan Walker and was interested to learn that he is a devout Christian and on many occasions has made it clear that he will not work on Sundays as his beliefs are more important than his job. Indeed In an interview for Radio Times, he said that even if he were to be offered the top job in broadcast sport, presenting BBC Sports Personality of the Year, he would have to turn it down as it is on a Sunday night.
In another recent interview with “Sorted” Magazine, the Football Focus host explained that his faith plays a “very significant part” in his life and shapes his behaviour. “I don’t take much seriously in life except for my faith and my family. I believe that if you have a strong faith in Jesus Christ, it has to make a difference to how you live your life. “It informs who I am and who I would like to be, where I’m going, the way I talk, the way I act, hopes, dreams, aspirations etc. It is a significant part of every day I live.”
He went on to say that he can’t imagine his life without Jesus, as his belief in Him is where he finds his identity and it informs how he engages with society.
“If you are a Christian, that has an impact on your decisions, your language, the way you think and speak and go about your daily business.
“I would like to think that it reduces pride and self-obsession and makes you think more carefully about the people around you, and the impact you’re having on the community and society around you.”
“For me, it underpins everything I am and want to be.”

Walker movingly described how he is still coming to terms with the death of his friend, Wales manager Gary Speed, who he interviewed on BBC1’s Football Focus hours before he committed suicide in 2011.
Walker said: “I still struggle with the fact that he’d memorised the fixtures. I still think about that day an awful lot actually. I can remember it in intricate detail. He came in and, within a heartbeat, he’s like, ‘How are you? How are the kids getting on?’ Then he ran me through the fixtures and dates, the team, what he was worried about, what his hopes and dreams were.
“Then the programme finished. We had a really good laugh, went upstairs and sat in the Match of the Day office. Alan Shearer was in there. He and Gary knew each other really well. We were having a giggle about the game, and I think Alan said, ‘Gary, call me next week and we’ll organise for the families to get together next weekend in Newcastle.’ Gary said, ‘Yes, that’d be great, really looking forward to it.’
“Then Gary said, ‘Right guys, I’ve got to go and watch a game.’ He said, ‘Dan, give me a ring on Monday and we’ll organise a get-together with the kids.’ I went, ‘Perfect, let’s do it.’ I was in church the next day and my phone was going absolutely bonkers.”
He went outside and Shearer was on the line and broke the news.
“We just talked about how is that possible? Still now it’s hard to get your head around. I don’t think we’ll ever know.”
Quote of the week
It’s the heart that’s afraid of breaking that never learns to dance
Bette Midler