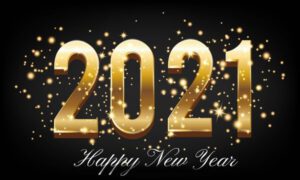 There’s Going To Be A Party featuring the Mustard Seed Soul Band from the album “Uplifted” recorded and produced by Bob Ross.

So last blog I told you that I did reluctantly go on an Alpha Course. I was greeted by a smiling person (obviously a “Do Gooder” I thought) and presented with a badge with my name on it. I expected everyone to be wearing Jesus sandals and when I saw that someone actually was, I decided to beat a hasty retreat. My friend, Paul Hiscock had been trapped by the Vicar so no help there – but then I smelt the curry. Now curry is my staple diet so I decided to delay by escape until after I had sampled the curry.
During the Chicken Korma I spoke to a lovely lady called Margaret who asked me what I was doing there and when I had difficulty in answering, reassured me that she too was unsure why she was there.
Tasty curry over – perhaps I should give the Vicar a chance? He looked a pretty cool guy and was not wearing a dog collar – not that I had a problem with that – So here we go to the ice -cold pews for a boring sermon on Christ dying for my sins just like my past experiences as a choir boy. Actually, no not at all! We went upstairs in the Church Centre to a warm and pleasant room with sofas – all rather nice and relaxing. The Vicar, Michael Christian- Edwards (appropriate name I thought) who has also become a dear friend started off with a joke and quite a good one at that – the laughter relaxed everyone and then Michael talked about whether or not Jesus really did exist. I really enjoyed the talk and even more the opportunity to ask questions afterwards- which I did in abundance. What about this and what about that – Michael answered all my questions with patience and great knowledge. I went home thinking I wonder? But there was no way really that I could ever become a Christian – what would my mates say? I would be a laughing stock – “Jesus Freak” and “Bible Basher.” However, I went back the next week and then the next and then the next and then I began to think that I wanted to become a Christian – I felt reassured by the words in John’s Gospel, Chapter 3 verse 16 “For God so loved the world that He gave His one and only Son that whoever believes in Him shall not perish but have eternal life” Eternal Life – that is what I needed to take away my fear of death. Not something to be earned but something to be accepted as a gift. Perfect – apart from two problems 1) did I have enough faith to accept Jesus” gift” with any degree of sincerity? 2) If I did ask Jesus into my life what would my mates say- how much ridicule would I have to endure? Let me have a look at problem no 2 first.
Three of my very special friends are Barry Stares, Dave Conchie and Ian Beacham. Barry I have known since Junior School and Dave and Ian since PE College. We regularly meet for a drink and something to eat (yes curry) At one curry Ian said “You will never guess what’s happened to Mick” He was referring to another ex-PE College friend, Mick Mellows who played football for Pompey and who is now a Director of the charity Faith and Football -www.faith&football.org.uk . I thought Ian meant that Mick had been struck down with some horrible illness but no that is not what he meant at all. He continued “He’s only gone and become a Christian!” To which Dave replied “No – and he was such a good bloke!”
Could I face that sort of comment if I “admitted” to becoming a Christian? I really doubted it.
As for problem no 1 re did I have enough faith? – Well thankfully someone told me I only had to have faith as small as a mustard seed (the smallest of all seeds in Biblical times.) I simply had to focus on what I believed not on what I did not – simply had to trust – simply had to take a “leap of faith” Did I take that leap – I’ll tell you next week.
The webmaster, me and all at Mustard Seed Songs wish you a
Happy New Year
Quote of the week
Let God’s promises shine on your problems
Corrie ten Boom