In a few days’ time it will be six years since Risen! The Musical premiered at the Coventry Pentecost Festival.
Here is a reminisce of what I wrote back then:
It was an unforgettable day, the cast from the London College of Music were absolutely brilliant, not just in their performance but also for being such a great bunch of people to be with. So, a huge thanks from me to them for everything that made the day so special – the “flash mob” in the Lower Precinct – Jodie managing a great performance even though poorly sick- the impromptu singing of “Jesus is My Lord” in the Marquee, with that pretty much straight after you arrived after a two-and-a-half-hour journey. I will never forget the way that “jaws dropped” when people heard Leah open up the song – they obviously had no idea of how good the cast would be but they certainly found out in those opening few notes! And of course, all the commitment, patience and good humour in rehearsing with such a short time available – oh and I nearly forgot, for helping me drink a few glasses of Prosecco!
Tremendous thanks also for the amazing organisation that took place from the Festival Organisers “Hope for Coventry” – Andrew, Angus, Matthew and of course my great mate Darren. Also to Jo the Manager of Holy Trinity Church’s Prayer House; some parts of this inspiring building were built in the 15th Century and the cast had the privilege of using it for their changing rooms. Just behind us was Coventry Cathedral, which is so impressive with the new building standing side by the side with the original that was bombed in World War Two.
Biggest thanks, however must go to Niamh McGuckin, our brilliant Director who also played Mary Mother of Jesus. With very little time to rehearse she worked tirelessly to ensure that the production was of the highest possible quality. Her humility was also really apparent when she looked so shocked when the cast presented her with a bouquet of flowers in thanks for all her efforts.
So many people said such kind things about Risen! -The Musical but here is a quote from Andrew – one of the organisers:
“Risen! – The Musical” was a wonderful climax to the Coventry Pentecost Festival -we were treated to an uplifting portrayal of the story of Holy Week to Pentecost through amazing songs, word, action and dance by a highly professional team who conveyed the hope of the Gospel very powerfully. We felt truly blessed and privileged to host the premiere of this inspirational musical and everybody I spoke to was blessed by it. We wish you all God’s blessing in the future, and that “Risen!” will bless many thousands of people in the months to come. 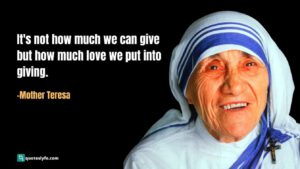