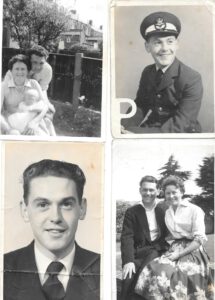 A VERY HAPPY 90TH BIRTHDAY TO MY WONDERFUL BROTHER JACK.
So, what can I say about my beloved brother Jack?
As I am sure you appreciate (or at least, hope you appreciate!) my brother is more than a “tad” older than me- so much so that my mum was way past child bearing age when she found out that she was pregnant with me. I remember her telling me that on hearing the news she actually cried, but later always said that I was sent for a reason and those that have followed this blog for some time will know how close mum and I were.
I did not really know my brother when I was growing up as he was either in the Merchant Navy or on National Service with the RAF (as in the featured pic.) I do remember looking forward to him coming home to visit as he always brought me exciting presents. I particularly remember some special toy cars that I think came from Germany and also a book called “Gidappy,” about a young horse, which I still have and treasure.
There are so many stories I could share about my bro since we have both grown up. One thing I will not share is his jokes as they are usually pretty awful, but I have to say I do occasionally laugh “as it is the way he tells them.” I also thought about sharing some of his poems which really are very good, especially those he has written about our relationship, but I probably will not as they are too personal and precious.
Anyway, here’s one of my favourite stories. I had become a Christian and, at the age of 103, so had our lovely mum Audrey Lillian (see blog http://www.risen.org.uk/?p=2018) I drove somewhere “up north” to visit Jack in hospital as he had just had a hip operation. I remember sharing my new faith with him (well sort of) and saying to him that now, when I died and went to heaven, I would meet mum there (she had by then peacefully passed away.) I told Jack that I expected mum would say to me when we met in heaven– “Lovely to see you Ken, but where is Jack?”
I am not sure how much that resonated with Jack but it certainly did with me and I started thinking how I could help ensure that we would all indeed meet up again when we die. I found out that there was an Alpha Course (https://alpha.org.uk/ ) taking place near where Jack and his lovely wife Eileen (see featured pic) were living and contacted the Vicar to see if he would visit Jack – not necessarily to invite him to an Alpha Course straight away, but to simply welcome him into the community.
Well that all worked out really well and Jack and Eileen did go on an Alpha Course, but did not at the time, make a commitment to become followers of Jesus. Jack and Eileen did, however begin to attend another local church. Jack would tell me when I visited that he wanted what some members of the congregation had – by that he meant their inner peace and joy. I remember telling him that he needed to take a step of faith and ask Jesus into his life and that there was a prayer he could say in a red Alpha book that attendees receive– a prayer that mum herself had prayed (see above blog) I was not there when he and Eileen said that prayer but I was overjoyed when they told me that they had. You see I now know that one day (hopefully not yet!) Jack and I will meet up with mum in heaven and she will be able to say “Lovely to see you both” 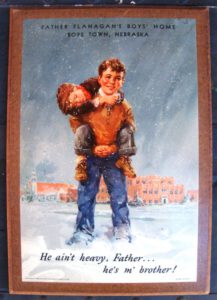