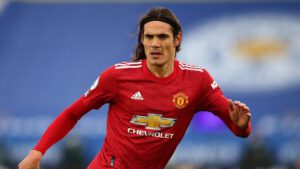 So regular readers of this blog will know that a) I support Manchester United football club and b) I love to share when I discover that well-known sports people are Christians. In previous blogs those I have spotlighted include Marcus Rashford, Phil Mikelson, Zach Johnson, Lewis Hamilton, Maro Itoje, Jurgen Klopp and Romulu Lukaku.
So today I’d like to share a little of Manchester United centre forward – Edison Cavani
Cavani was born in Salto, Uruguay on 14 February, 1987 to Luis Cavani and Berta.
When asked in an interview with the Spanish paper El País if he is an athlete of Christ, Cavani replied: “No, no, no. I am an athlete for Christ. That’s why I play for Him, to give Him glory, to thank Him for giving me the ability to play football and be able to compete in a league like the Italian one, for giving me that divine gift that I am trying to manage more and more. We belong to the Evangelical church. I don’t like the term athlete of Christ.”
Cavani says his family were not rich enough that they “could drink Coca-Cola or anything like that” but they had food on the table and clothes to wear. His interest in religion increased after he moved to Italy to play football- he said “I read the Bible every day, study it, and share with my wife the blessings of faith. I understand that there is a time for everything: for the sacrifice, the rewards and goals.”
Asked whether it had been difficult to refrain from some of the temptations on offer for a modern-day footballer, he answered: “Football puts everything at your fingertips. And I was raised in a way that focused everything on looking after your family. Faith really helped me realise that the temptations that you have on hand will give you joy, enjoyment, whatever, but only for a short while. And after that it is all gloom.” 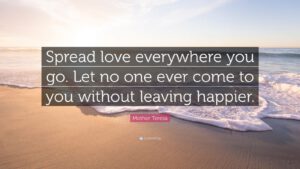