Having a break today from “Theophilus The Musical” songs as I watched something the other day which I want to share.
“Somewhere Over The Rainbow” is such a fantastic song, first sung all the way back in 1939 by Judy Garland in the musical “Wizard of Oz.” As you can see from this link Judy sings it beautifully and is great example of good music being timeless https://www.youtube.com/watch?v=oW2QZ7KuaxA but in my humble opinion Eva Cassidy’s version takes it to a completely different level https://www.youtube.com/watch?v=2rd8VktT8xY
It was a similar rendition to Eva’s that Lucy Maynard sang at her Crofton School “leaving do” just before she left to live in Cambridge – it was spell binding and was, in part the inspiration of “Still in Tears” which I made up the next day while driving some pupils in a minibus to Alton Towers. That was a secular version but the Christian version was recorded on our album “Uplifted” and then featured in our first musical “His Story.” It is to gain another lease of life in “Theophilus The Musical” and if you have not yet seen it here is a link to our virtual choir version. https://youtu.be/v4pqXKudYd4
So back to what I watched the other day – it is the featured video so I will let it tell its own story. 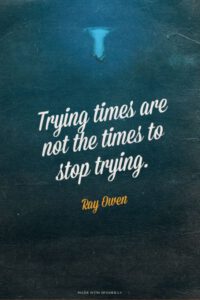