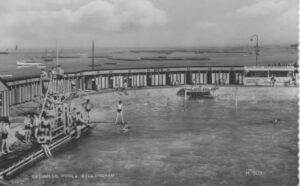 So last week I said that I would share my swimming story.
My brother Jack was the Kent Breaststroke Under 15 Champion so I should have had some swimming DNA somewhere, however I obviously did not. For a start I hated the smell of the chlorine in the outdoor swimming baths at “The Strand,” Gillingham, Kent which is where I grew up. I am, therefore not sure what I was doing there – I just remember aged about 8 getting pushed and falling into the water and, although it was only the shallow end, having water go up my nose and feeling a few moments of utter panic. Needless to say, I did not stay but went home, probably crying.
I also fell into two boating lakes, once back at “The Stand” and once at the Isle of Wight. I just remember being under the water, not sure whether to hold my breath or not, looking around and seeing everything green before popping up to the surface and getting grabbed and hauled to safety- I think on the Isle of Wight occasion by my brother- anyway two more frightening experiences.
My family went to Butlins for a holiday and there was a restaurant in which somehow you could see people swimming underwater in the indoor pool and I remember thinking that must be cool but there was no way that I could ever do it. However, I thought I should make an effort to be less frightened of the water and so I started to put my head into the bathroom sink which I had filled up with tepid water – I would have been about 10 years old at this time. The sink led on to a large tin bath that we had in the garden – I could hold my breath for quite a long time and eventually managed to even open my eyes under the water.
The Portsmouth Technical High School had a big bath the same as you may have seen professional footballers use after a match. After a school match and everyone had finished in the bath, I would stay, again practicing putting my head under the water- there was however no way that I could get my body horizontal in the water – somewhat of a prerequisite for swimming!
I suppose I was about 14 when Mike Sprenger, a former school friend came to stay during the summer holidays – he had moved away from Portsmouth to live in the Isle of Anglesey as his dad was in the Military. Every day of the week we would go to “The Lido” in Portsmouth and somehow Mike got me to swim a few strokes of breaststroke.
By the time I had got to college I could swim breaststroke ok but was hopeless at front crawl – in fact I still am as my wife, Caroline will testify. She is a really good swimmer and thinks my attempts at front crawl, especially trying to use the proper breathing technique, are hilarious.
I had a problem- I was hoping, after college, to teach at Whitchurch Sec School which had an outdoor pool. I therefore needed my Bronze Medallion lifesaving award in order to be qualified. Of course, I had no chance of obtaining it and so had little chance of getting the Whitchurch teaching job. However again someone came to my rescue in the form of a colleague from college. He travelled regularly with me from Winchester to the baths in Portsmouth to teach me the cross- chest tow, diving for a brick and all the other stuff needed to obtain the coveted Bronze Medallion. Back at college everyone knew my problem and so it was set up for my partner (the one I was to cross -chest tow) to be Micky Palmer, who was nice and light and who promised to help me keep him afloat by secretly sculling with his hands (secretly as its not allowed to give the life saver any assistance)
So, the day of the Bronze Medallion examination came and there standing before me was the stern looking Examiner from the Royal Lifesaving Society –I literally froze when said examiner pointed to the person I was to save – not the planned lightweight Micky Palmer but the very much unplanned heavyweight and I meant heavyweight Simon Grant. What happened next, I’ll share next week 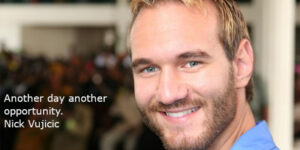