As regular blog readers will know I read “Word for Today” and the other day I read this which I would like to share:

In the late nineteenth century, a member of parliament went to Scotland to make an important speech. He travelled to Edinburgh by train, then took a horse-drawn carriage southward to his destination. But the roads were bad and the carriage became mired in mud. A Scottish farm boy came to the rescue of the team of horses and helped to pull the carriage loose. The member of parliament asked the boy how much he owed him. ‘Nothing,’ the lad replied. ‘Are you sure?’ the politician pressed, but the boy declined payment. ‘Well, is there anything I can do for you? What do you want to be when you grow up?’ The boy responded, ‘I want to be a doctor’. The member of parliament offered to help the young Scot go to university, and sure enough he followed through on his pledge. More than a half century later Winston Churchill lay dangerously ill with pneumonia; stricken while attending a wartime conference in Morocco. A new ‘wonder drug’ was administered to him, a drug called penicillin that had been discovered by Sir Alexander Fleming. You’ve guessed it: Fleming was the young Scottish lad who came to the aid of the member of parliament. And the member of parliament was none other than Randolph Churchill, Winston Churchill’s father. Yes, what goes around comes around. Jesus told the truth when He said, ‘Give, and it will be given to you.’ So, when God tells you to sow a seed of kindness into the life of someone else, it’s because He has a harvest of blessing waiting for you somewhere down the road.

Todays featured video/song is the last extract from our demo reel of “Theophilus The Musical”- the sequel to “Risen- The Musical” – and as I said last week we have been asked to put on a hybrid musical/concert version next year so please watch this space! 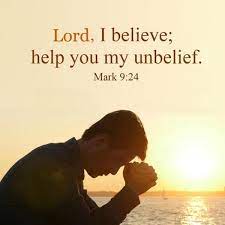