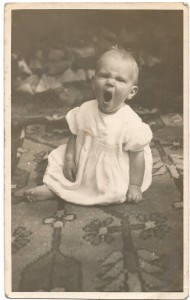 Ken’s first attempt at singing – its not got any better!!

“For God So Loved The World” featuring Lucy Stimpson- Maynard

So I cannot play a musical instrument and my singing is fit only for the shower, however I’ve always loved all types of music, pop, folk, classical- as long as it has a tune- something I can sing or whistle to. When I was about seven years old living in Gillingham in Kent I remember being away from school suffering from Bronchitis. My teacher came to my house to see how I was. I told her that I enjoyed singing my own words to pop songs I had heard on the wireless (radio). I remember her saying that was a good idea- so I was encouraged. Writing this has made me think of how many other teachers, when I was at school, actively encouraged me and the answer, I am afraid, is not that many- not tall enough to play Basketball- didn’t get awarded Full Colours for my best sport, Cricket because I had one bad match (mind you it was a shocker- dropped at least 6 catches!!)
I then wondered how many pupils I’d encouraged during my PE teaching career. I do hope it was some! I remember one incident in which I may have been sort of encouraging. Matthew Sergeant (matthewsergeant.tumblr.com/‎) was a brilliant musician and indeed has now gone on to win awards for his contemporary composing. He is now a Doctor of Music and lectures at the Royal Northern College of Music and The University of Huddersfield. Matthew, however would be the first to admit that he was not that great in terms of sporting ability. One summer’s day when he was in Year 10 we were playing Softball and one lad, full to overflowing with testosterone, smacked the ball at max velocity to arms- length of Matthew’s right hand – instinctively Matthew struck out this hand into which the ball rocketed and stuck! At first everyone was in shock, first because it was an amazing catch and second because it was Matthew who had caught it. Anyway I kept that softball and at the end of term PE Prize Giving Assembly awarded it to Matthew for “outstanding achievement” or “The Champagne Moment of the Year” or something like that. The audience clapped so loudly – it was great to know how pleased they were for Matthew and that Matthew was obviously chuffed to bits.
But I digress. So I made up different lyrics to songs from the age of about 7 but I wrote my first song when I was about 14 and living in Portsmouth. Although I still had no girlfriend I still realised that to be “chucked” by a girl must hurt so I wrote the song “If Love Had Never Died” A tune had come into my head to which I wrote these words “ I sit on my bed meandering thoughts drift through my head, I gaze at a star wondering how long, wondering how far. Pain encompasses me the sickness I feel I know you agree and you realise the hurt that’s in my eyes could be blinked aside if love had never died”
When I wrote the song “ Do not let your hearts be troubled” for our new musical Risen! I used part of this “If love had never died” tune.
A little later in Portsmouth I wrote a song called “Affection” Pretty happy lyrics again (not!)- “And I look to see some warmth and love in your eyes that once held the peace of a dove, Say one word- thank you and I’ll have won, one thing I’ve not -affection.
The tune for “Affection” I used for the last part of another Risen! song “For God So Loved The World.” (see attached MP3 sung live by Lucy Stimpson- Maynard at the Kings Theatre, Southsea during a performance of the first Mustard Seed Songs musical -“His Story”) More of Lucy’s amazing talent and support later. Mr James Oliver now Head of Music at Crofton is on Cello. You can hear excerpts from songs that I have written by visiting www.mustardseedsongs.org.uk then Music Store.
So if asked how long it has taken to write Risen! I suppose I could say about 50 years!
So gradually I found I had the ability to make up songs in my head. However the trouble with not being able to sing or even play recorder (apart from “The British Grenadiers”) meant I had no way of getting the songs from my head out into the world just in case there was someone out there who might possibly want to hear. So how did the songs get from my head out for people to hear? I’ll tell you in the next blog of Feb 20th.