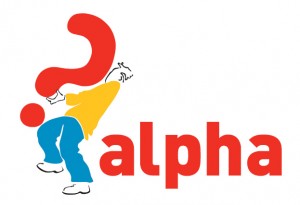 So I was knocked out with the simplicity and absolute belief that Mr Milliken (Mr Mill’s dad)  had when he said “Yes”  to my question as to whether his wife, who had died two years previously, was in heaven.  I took Mr Milliken back to his sheltered accommodation in Titchfield,   not too far from the venue for the  Heat Discos and, with my son Chris, listened in awe to his stories of being a Missionary in the Belgium Congo.

The next day I rang Mr Mill to say how amazing I thought his dad was – he of course agreed with me. I told Mr Mill that I felt I wanted to go to Midnight Mass that evening and would he come with me.  Mr Mill said that his church did not do Midnight Mass but that he would go with me to the church near Crofton School – Holy Rood.

Now most Christmas Eves I would be down the local pubs to have more than a few beers with ex- students so I was rather embarrassed about missing out the Red Lion and going “next door.”   However I thought it would be worth it as the heavens would, no doubt, open up for me and I would experience something “spiritual. ” However nothing happened in the service apart from the singing of “Oh Little Town of Bethlehem” and a sermon on the visit of the Wise Men ( I know that does not sound very complimentary to Holy Rood but it does get better I promise!)  At the end of the service a member of Crofton School’s Senior Leadership, Paul Knight, told me he was doing an Alpha Course  (an introductory course on Christianity) and would I like to go. I thought “No Way!”  Paul is now a dear friend and a Trustee of our charity Mustard Seed Songs, but at that time he was simply a member of the Senior Leadership Team so there was no chance of me going to an Alpha course led by him.

All that Christmas holiday I kept bumping into Paul – every time I was invited to a mince pie afternoon he would be there and each time ask the same thing – would I go on an Alpha Course? It turned out that he was not actually leading the course – just attending. He also said that my old mate Paul Hiscock of the Tech department was going so I did soften a bit but not enough to say “Yes.” At the final mince pie afternoon Paul asked me again and exasperated I said “Paul I can’t make Wednesdays – I am coaching Basketball” He replied “It’s on a Tuesday.” I was speechless – I had run out of excuses and so found myself one Tuesday passing the Red Lion and praying (well not really) that I would not be seen going into the Church opposite to my first Alpha night.

I was greeted by a smiling person (obviously a “Do Gooder” I thought) and presented with a badge with my name on it.  I expected everyone to be wearing Jesus sandals and when I saw that someone actually was I decided to beat a hasty retreat.  Paul Hiscock had been trapped by the Vicar so no help there – but then I smelt the curry. Now curry is the staple diet of PE students and teachers so I decided to delay by escape until after I had sampled the curry.

During the Chicken Korma I spoke to a lovely lady called Margaret who asked me what I was doing there and when I had difficulty in answering, reassured me that she too was unsure why she was there.

Tasty curry over – perhaps I should give the Vicar a chance? He looked a pretty cool guy and was not wearing a dog collar – not that I had a problem with that – So here we go to the ice cold pews for a boring sermon on Christ dying for my sins just like my past experiences as a choir boy. Actually no not at all! We went upstairs in the Church Centre to a warm and pleasant room with sofas – all rather nice and relaxing. The Vicar, Michael Christian- Edwards (appropriate name I thought) who has also become a dear friend started off with a joke and quite a good one at that – the laughter relaxed everyone and then Michael talked about whether or not Jesus really did exist. I really enjoyed the talk and even more the opportunity to ask questions afterwards- which I did in abundance. What about this and what about that – Michael answered all my questions with patience and great knowledge. I went home thinking I wonder?  But there was no way really that I could ever become a Christian – what would my mates say?  I would be a laughing stock – “Jesus Freak”  and “Bible Basher.”  However I went back the next week and then the next and then  the next  and then, and then –  well I’ll tell you that in next week’s blog.

Song this week is from our first musical “His Story.”  It is sung by Ron Long who was the “His Story” Stage Director for all our productions until the last one at Ferneham Hall where he switched to performer and sang “Who Am To Judge.”  It is probably the first song that tells a story in the musical theatre genre and so is very much a forerunner for  Risen!